In the first 12 months of sales since its European launch on 23 January 2003, 177,042 units have been sold across 17 European countries. This success has come as a result of its excellent design, broad range of engines and its three- and five-door configurations. 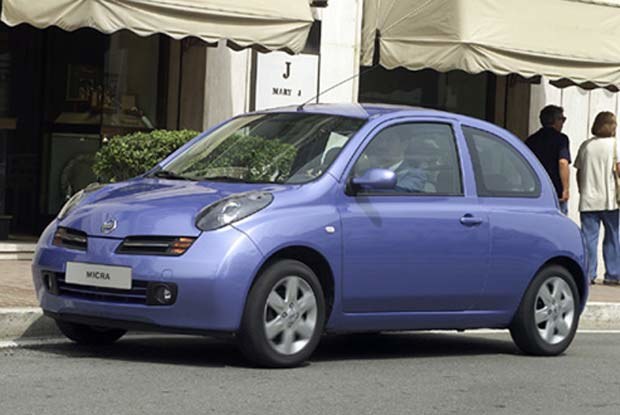 /INTERIA.PL
In 2003, the Micra was the 10th best-selling model in its segment across Europe, a considerable improvement over the 17th place of the previous Micra in 2002.

The three biggest markets for the Micra are UK, Germany and Italy. And the largest jump in market share has taken place in Italy, France and Spain respectively.

Indeed, just three months after its launch, capacity was increased by 25% at the plant in Sunderland, England - Europe?s most efficient car manufacturing facility - where the Micra is manufactured. Since then production has been running at 200,000 units per year.

The line-up of the new Micra was also boosted by the addition of a 1.5-litre direct injection diesel engine option, with power outputs of either 48 or 60kW. One in ten of all Micras sold in 2003 had a diesel engine, a particularly impressive performance considering the 48kW diesel went on sale in April 03 and the 60kW only went on sale in October last year. The previous model of the Micra had a diesel mix of just one in a hundred cars.

In addition to the diesel offering, three different petrol options are also available with outputs of 1.0-, 1.2 and 1.4-litres, offering power outputs from 48kW to 65kW.

The Micra represents the product-led revival that Nissan is enjoying at the moment. It has strong, distinctive design and reinforces Nissan?s reputation for high quality. It leads its segment in several areas. It is available with features normally found on upper-segment models, such as ?Intelligent Key?, which allows the car to be unlocked and started when the key is in close proximity to the car, and ?Friendly Lighting? which leaves the headlights on until the driver has safely reached their front door.

Mario Canavesi, Nissan Europe?s Senior Vice-President, Sales and Marketing, said: ?The Micra has been a huge hit in the 12 months since it went on sale in Europe. Its combination of stylish looks, broad engine range, thoughtful features and all-round driving excellence is a winning combination.?

He added: ?Micra drivers are now younger than ever before and we know that good design is an important factor in their purchasing decisions. And, very importantly for us, it is the first time many of them have bought a Nissan. In this respect, conquest sales demonstrate that Nissan?s product-led revival is gaining pace.?

Further glamour will be added to the Micra range next year, when the Micra Coupé Cabriolet goes on sale. Based on the C+C concept car which was shown at the Paris Motor Show in 2002, the hardtop convertible Micra will provide seating for four passengers, as well as the refinement and sophistication of a conventional car, while enabling owners to lower the roof on sunny days for authentic wind-in-the-hair motoring. It will go on sale in the second half of 2005.