Mazda Motor Corporation heads into the 74th Geneva International Motor Show with the world debut of its newest concept vehicle, the MX-Flexa. The six-seat concept demonstrates one possible direction Mazda could take in creating a future space wagon. 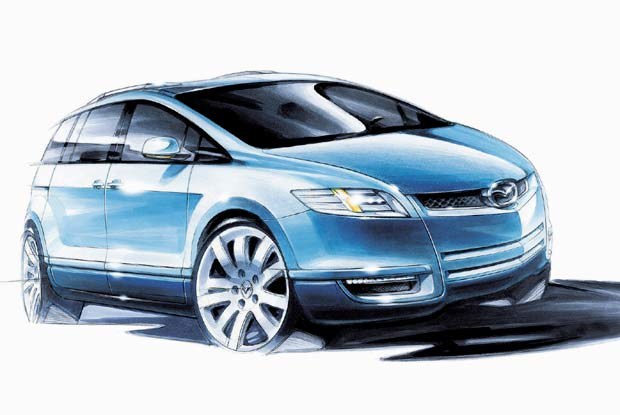 The MX-Flexa concept showcases the emotional design and innovative packaging that customers have now come to expect from Mazda. It features an appealing exterior design, high levels of interior functionality and comfort, and superior dynamic performance, in a concept vehicle that could further improve Mazda's position in the growing space wagon segment in Europe.

Details of the car will be announced during the Mazda press conference scheduled to commence at 11:30 a.m., Tuesday, March 2, 2004 at Geneva, Switzerland.

Geneva also sees the European premiere of the MX-Micro Sport concept, first shown at the 2004 North American International Auto Show, and the new Mazda3 sedan equipped with a 1.6-liter MZ-CD common-rail turbo-diesel engine, which will be on sale in Europe starting from March.