Mazda North American Operations (MNAO) today announced that the Mazda MX-Crossport concept car, which debuted earlier this year at the 2005 North American International Auto Show in Detroit, Michigan, will formally move from a concept to a production vehicle. 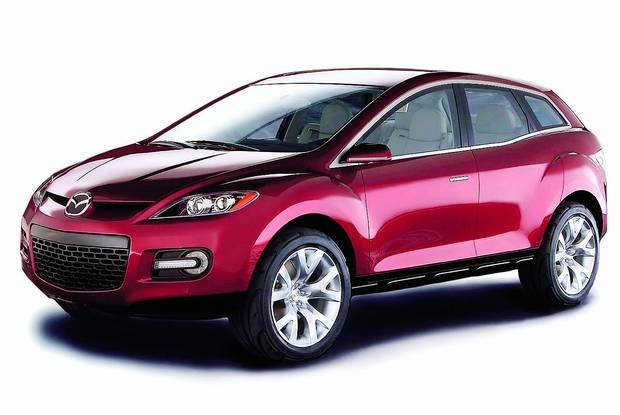 /INTERIA.PL
The company also confirmed that the vehicle will be named Mazda CX-7.

“Mazda President Hisakazu Imaki is committed to bringing new products to market and expanding our line of vehicles,” said Jim O’Sullivan, President and CEO, MNAO. “The addition of the Mazda CX-7 is great news and a critical step forward for us in North America. To successfully grow our business, we have to be true to our core values and for any vehicle to wear the Winged-M logo on the grille, it must have the soul of a sports car. I am convinced this vehicle will deliver.”

Featured at a number of global auto shows during the past few months, the Mazda MX-Crossport has received high praise from the public for its Zoom-Zoom exterior styling and driver-oriented interior. The production version, which will be built in Japan, will pick up many of the concept car’s design themes when it goes into production in 2006. It will be launched first in the North American market, and Mazda will continue to study launch feasibility in other global markets. Additional product information and launch timings will be made available as the year progresses.

In Mazda’s new global naming strategy, crossover type, sport utility vehicles will carry the CX designation—as in Mazda CX-7—rotary-engined sports cars will carry the RX designation (RX-8) and piston-engined sports cars the MX designation (MX-5, as on the all-new 2006 Mazda MX-5 Miata in the United States). Core production vehicles will continue to carry the name ‘Mazda’ and a number, based on vehicle size (Mazda2, Mazda3, Mazda5, Mazda6). Tribute, MPV and the B-Series truck will continue with their current nomenclature until further notice.

Mazda North American Operations is responsible for the sales and marketing, customer parts and service support of Mazda vehicles in the United States. Headquartered in Irvine, California, MNAO has more than 700 dealerships nationwide.